In my opinion, the best way in Python to safely coerce things to integers requires use of an (almost) “naked” except, which is a construct I rarely want to use. Read on to see how I arrived at this conclusion, or you can jump ahead to what I think is the best solution.

Suppose you had to write a Python function to convert to integer string values representing temperatures, like this list —

The strings come from a file that a human has typed in, so even though most of the values are good, a few will have errors ('25C') that int() will reject.

Here’s that function in action at the Python prompt —

That works! However, it’s not as robust as it could be.

Suppose this function gets input that’s even more unexpected, like None —

Hmmm, let’s write a better version that catches TypeError in addition to ValueError —

Let’s give that a try at the Python prompt —

Aha! Now we’re getting somewhere. Let’s try some other types —

OK, looks good! Time to pop open a cold one and… 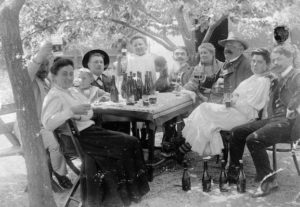 Wait, I can still feed input to this function that will break it. Watch this —

While the class Unintable is contrived, it reminds us that classes control their own conversion to int, and can raise any error they please, even a custom error. A scenario that’s more realistic than the Unintable class might be a class that wraps an industrial sensor. Calling int() on an instance normally returns a value representing pressure or temperature. However, it might reasonably raise a SensorNotReadyError.

And Finally, the Naked Except

Since any exception is possible when calling int(), our code has to accomodate that. That requires the ugly “naked” except. A “naked” except is an except statement that doesn’t specify which exceptions it catches, so it catches all of them, even SyntaxError. They give bugs a place to hide, and I don’t like them. Here, I think it’s the only choice —

At the Python prompt —

Now the bones of the function are complete.

Complete, Except For One Exception

The former traps even SystemExit which you don’t want to trap without good reason. From the Python documentation for SystemExit —

It inherits from BaseException instead of Exception so that it is not accidentally caught by code that catches Exception. This allows the exception to properly propagate up and cause the interpreter to exit.

The difference between these two is only a side note here, but I wanted to point it out because (a) it was educational for me and (b) it explains why I’ve updated this post to hedge on what I was originally calling a ‘naked’ except.

We can make this a bit nicer by allowing the caller to control the non-int return value, giving the “naked” except a fig leaf, and changing the function name —

At the Python prompt —

So there you have it. I’m happy with this function. It feels bulletproof. It contains an (almost) naked except, but that only covers one simple line of code that’s unlikely to hide anything nasty.

I release this code into the public domain, and I’ll even throw in the valuable Unintable class for free!

The image in this post is public domain and comes to us courtesy of Wikimedia Commons.

9 thoughts on “How Best to Coerce Python Objects to Integers?”